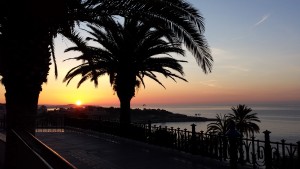 Tarragona is a cosy coastal town, 100 km south of Barcelona. It is the perfect size with its 130 000 inhabitants and walking distance to most of the attractions. Here you find a large variety of restaurants and terraces. The city offers two main beaches where you may relax during the hot summer months. 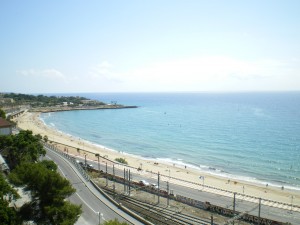 It is not a surprise that Tarragona is included in the UNESCO world heritage list. The streets and squares in the old town are full of well kept remains from the Roman time. The Roman Emperor, Augustus, thought that it was sucha beautiful place that he chose to move here from Rome in the year 26 AC. Tarragona was once upon a time one of the most important cities in the Roman Spain. The Romans used the city as a starting point for their conquests on the Iberian Peninsula. There are many 2000-year old ancient remains from this time; the remains of a Forum, a Roman theatre, well kept parts of the city wall as well as an aqueduct.

During the period of May until October Tarragona is a city that never sleeps. Tarragona is also synonymous with festivities, and here the festivities take to the streets. Thanks to the many traditional local and Catalan regional holidays, the agenda is packed with celebrations all year long. If you happen to be here at certain days of the year you may experience the typical catalonian human towers. For me this is part of the soul of the Catalonian culture. Make sure not to miss it!

There are infinite possibilities for activating yourself during your Tarragona holidays. Just a few km from the city you find one of the largest amusement parks of Spain; Port Aventura. Additionally there are two main aquatic parcs in the area. 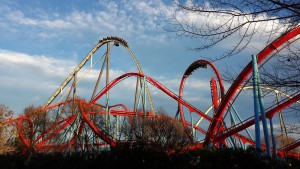 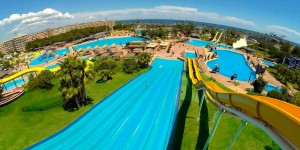 You may get to Tarragona by car, bus and train from Barcelona. The duration is approxaimately 1 hour.

There are direct buses from the Barcelona airport.